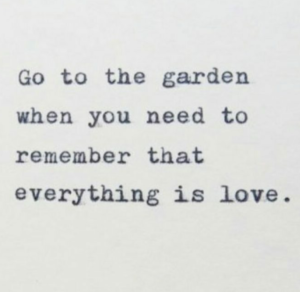 I smiled and gave the massive Iris clump to my new bulb-loving friend Karalina. In the last few weeks, she has planted hundreds of bulbs from the flooded house garden.  My former neighbor actually called to alert me about “a woman who was digging up my gardens”.

“Keenan, I just wanted to tell you that someone was over at your house digging.’

“I’m just telling you because she dug up a *LOT* (enunciate strongly) of your flower bulbs.”

I chuckled to myself and thanked her politely. Karalina had brought over the two huge boxes of Oxblood Lilies to show me, as if she was a huntress showing off her bounty. “I can’t believe this many bulbs came out of such a small space! It was like treasure hunting!! I can’t wait to go back and dig some more!!!!”

Needless to say…..she is now a bulb-hunter, and my new found competition.

So yesterday, I had to show her who was the REAL bulb huntress. I proudly showed off the day’s treasure loot to Karalina. She was kicking herself for not bulbing again. The back of my truck was filled to the rim with plants and bulbs. I started digging a few of the large specimen plants…..two large Antique Rose bushes, some Spanish Lavender, which I divided into 6 plants, Marjarom and a native Rock Rose. I also dug some well-established chives that did not want to leave their home. You would’ve thought I was digging a darn Crinum by the way the roots clung to the earth. I gave the root ball a strong *wack* to show the plant who is the boss, and to establish my dominance (at least in my mind). I also dug the largeclumps of heirloom Iris that I gave Karalina, and a bunch of Vinca Major (a vine that some call aggressive, but I call it “bold”). Incidentally, Vinca Major is a fantastic ground cover to use under large trees or draping gracefully out of window boxes. Vinca is a nice companion for most bulbs, as they enjoy the shade of the ground cover during hot summer months.

I started a new rose garden and an herb garden at the Agape Haus Studio. Today will be another beautiful day. I plan on moving the Sterbergia….that is a few thousand bulbs to dig up. If there is time, I will dig up two more Antique Roses. Some new Garden Helpers will be at the studio. I am digging a new vegetable plot for a mother and daughter with special needs. My hope is that the Garden Helpers will tend their own garden, growing fresh food and flowers to sell at the Farmer’s Market. All good things happening. Big garden dreams.

As for Karalina, I can’t imagine her spending the day inside. I will most likely receive another call from my neighbor about “that woman digging up all my flowers”. It makes me happy that the flooded house gardens are bringing so much joy.

Happy Gardening, my friends. May you take this beautiful day and embrace new friends, share some flower seeds and spend some time getting your hands dirty. Most of all, may you see beauty in everything that you do.